The Sunsation® Sunflower brings people together 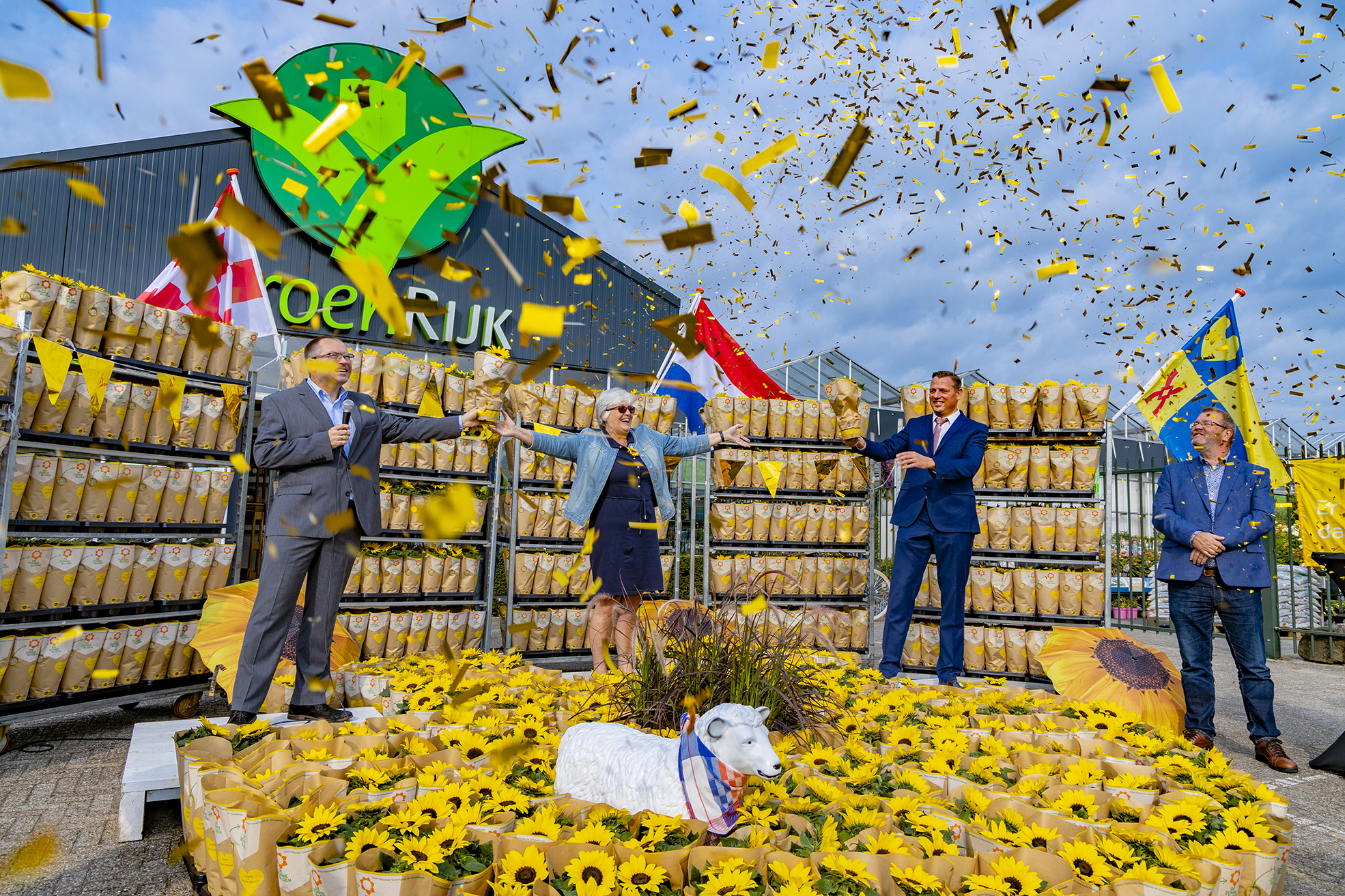 Good news for all Zonnebloem branches! There will once again be some great campaigns with the Sunsation® Sunflower in 2021. An excellent opportunity to generate extra revenues for your branch, raise your profile even further and make service users happy with a special pot sunflower. How does this work and how do you take part?

De Zonnebloem and the Sunsation® Sunflower grower’s collective have been working together since 2019. The collective consists of a number of growers of these exclusive pot sunflowers. In the first year, the Sunsation® Sunflower was officially named at Keukenhof and the celebration was attended by volunteers from many different branches. There was also a nationwide campaign with the supermarket Aldi. In 2020, campaigns took place with Hoogvliet, Life & Garden and Redjeboeketje. There is very likely to be another such campaign in 2021 as well, but even more importantly, regional branches can set up their own partnering campaigns with local businesses.

Partnering pays off
The De Zonnebloem Geldrop branch partnered with garden centre GroenRijk Geldrop last year. They bought the sunflowers and collected them from us. The branch also received a donation from owner Ivan Habraken. In addition, the garden centre got in touch with ten other local Zonnebloem branches to launch the campaign on a large scale.

From 200 to 2,000 plants
Treasurer Herman Ter Meer from the Geldrop branch: “We already had a good relationship with the garden centre, as we order our Christmas arrangements and other flowers from them every year. When we saw the Sunsation® Sunflower campaign, we called GroenRijk straight away. To begin with we got 200 pot sunflowers for our 150 service users and 50 volunteers. But when we started working with the other branches, that suddenly went up to 2,000! Then it gets much more interesting for everyone involved. We remained in charge and organised the publicity ourselves. That helps you become visible and stay visible. Zonnebloem director Marc Damen even came along to promote the campaign. Together with the mayor, aldermen and the chairs of the local branches in attendance, we made it a great occasion.”

Nico Grootendorst: “We were looking for another way to promote the sunflowers.”

Raising awareness
The growers’ collective is coordinated by Evanthia Seeds & Plants, the breeder that developed the pot sunflower. Director Nico Grootendorst: ”There are a lot of steps between the point at which the seed is developed and the point at which the consumer buys a flower or plant. It can be dizzying. We were looking for another way to promote the sunflowers whilst at the same time showing that we care about our fellow humans. So what’s better than to join forces with De Zonnebloem? It’s great when things come together like that.”

What is so special about the Sunsation® Sunflower?
1. It is a mini pot sunflower, so it stays small.
2. It is not a single sunflower, but a plant with multiple lateral buds.
3. The flower does not produce pollen, so it is easier to maintain.
4. The sunflower has a dark centre, just like the famous sunflowers in France.